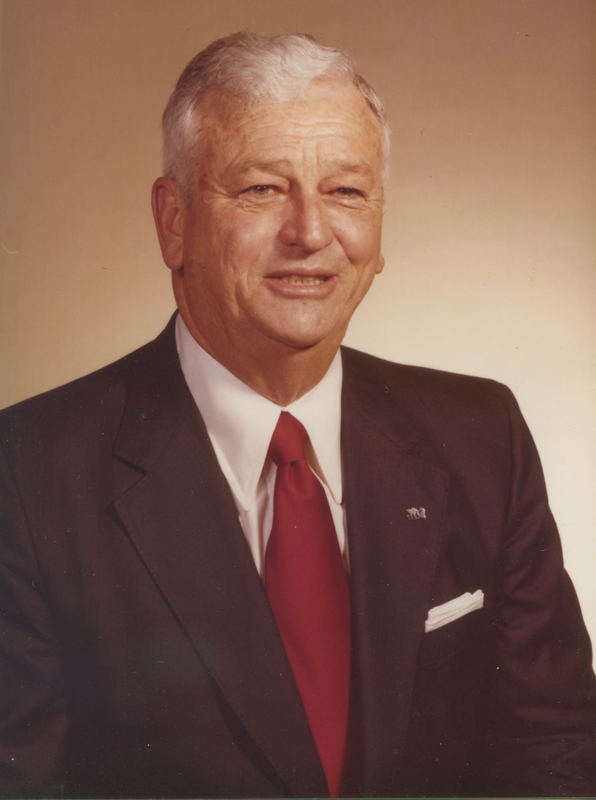 SUPERIORITY OF PRODUCT, SERVICES, PEOPLE, AND “THE PRICELESS INGREDIENT”.

For over seven decades, the Hugh M. Cunningham Companies has supplied first-quality commercial, industrial and residential plumbing and mechanical supplies for the SouthCentral United States.  But the company is appreciated for more than simple articles of stock and trade. Their recognition is built on “the priceless ingredient”, a reputation for honor and integrity.  Founder Hugh M. Cunningham was responsible for this distinction, as well as many innovations in the way manufacturers representatives operate today.  He built the first representative-owned warehouse facility, established educational scholarships, introduced buy / resell arrangements, developed the first architectural sales call program in the industry, and originated many now-standard billing procedures.

Perhaps Hugh Cunningham’s greatest contribution was the sense of pride which he passed on to his son, the second generation owner-manager of the company.
David A. Cunningham, son of the founder and a talented businessman in his own right, operates the company today. David and the 100 plus associates serving multiple markets consider it a privilege to represent the premier factories that service the construction trade.

The Hugh M. Cunningham Company is focused on one overriding corporate mission: Marketing, Selling, and Service 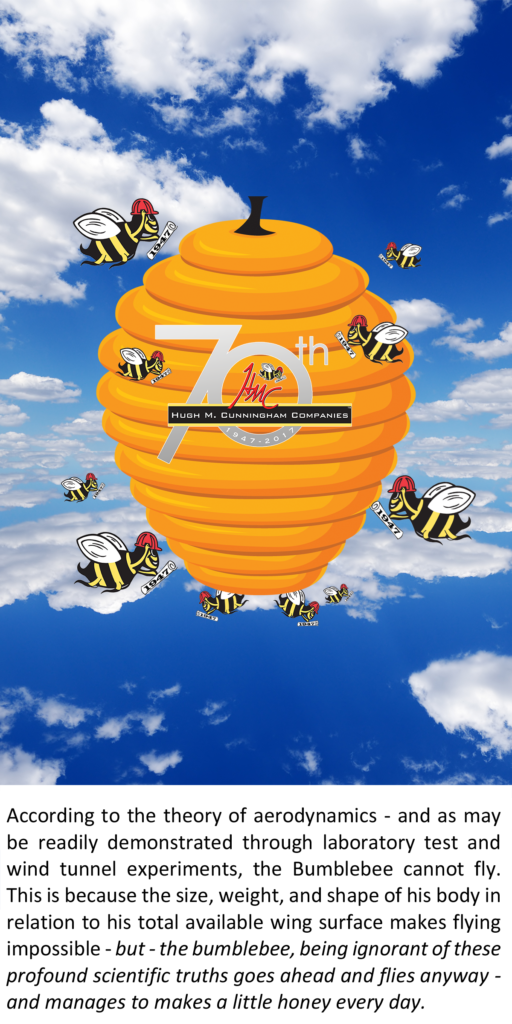 NOTHING IN AMERICAN BUSINESS WOULD EVER BE THE SAME.

Hugh M. Cunningham gathered his possessions – a brand-new degree from the University of Texas, strength of purpose, and a belief in his own abilities – and evaluated the possibilities. Taking what would only later be called “the long view”, he pragmatically identified, sorted and isolated emerging business patterns and opportunities.  The manufacture and sale of goods would unquestionably be the cornerstone of tomorrow’s great American mercantile leviathans. But Hugh Cunningham also clearly anticipated the breach which would result from factors of both distance and volume wedged between manufacturer and buyer – a void he believed he might fill.  In those days, a manufacturer’s representative was usually a salesman employed directly by the manufacturer representing a proprietary line of products.  But Hugh Cunningham’s inspired mind saw the value of an independent representative of diverse and superior manufactured products selling and servicing these products based on the unique needs of different buyers.  And so it began, the Hugh M. Cunningham Company. But the idea that an individual could represent a number of manufacturers of quality products to better serve both buyer and seller was simply a skeletal framework.

What gave Hugh Cunningham’s company its spirit, soul, and a life force which propelled it from a single tiny downtown office into a major sales and inventory artery for national and international commerce was the special gift of the individual: Hugh Cunningham’s instinct for what was fair, made sense and would endure.

The Hugh M. Cunningham Company would come to be not only a source for products, but also a focus of information, experience, service and support far beyond the straightforward vending of materials. He would build the first representative-owned warehouse facility ever seen in the Southwest, introduce the industry to staff expertise in architectural and engineering sales call programs, establish a scholarship fund for aspiring architects, and generally endeavor to hone a comprehensive industry consciousness.

For Hugh Cunningham, wealth did not measure a man’s success. From the beginning, his intention was to make a lasting contribution, and to wrest the fullest measure of satisfaction from his life. He set about creating a product of his own imagination, skill, courage, and diligence which would result in a compendium of life’s work in which the triumph of commercial accomplishment was savored only somewhat less than his immodest pride and affection for his family. And even his family, in a way he may have never consciously planned, was a sharing of that life product and a promise of continuity of beliefs, ideals and practices. They too, carry on these traditions.

FOCUSED ON TODAY AND TOMORROW

In 1986, the agency decided to diversify its sales efforts by marketing to industries other than residential plumbing. During this time, Texas was going through a construction recession. Residential construction basically came to a standstill. To combat loss of sales revenue opportunities, the agency’s first move outside residential plumbing was to concentrate on selling commercial plumbing products. Grady McFarland, formally of McFarland, Riordan and Laden, joined the agency to bolster this effort.

In 1991, the agency decided to start up a water works division to further diversify its sales and marketing efforts. The sales effort into the municipal water market was delegated to Brad Feldman. Brad joined the agency after 11 years with Ferguson Enterprises.  The decision was made to structure the new group as a stand-alone organization utilizing sales and marketing personnel exclusively for the municipal market. Over the next 9 years the agency added people and product categories to bolster and expand residential and commercial plumbing sales as well as municipal sales opportunities. During that decade the agency maintained 3 warehouse facilities: Dallas, Houston and San Antonio. The decision was made to consolidate those 3 facilities to 1, centrally located in Dallas.

In 2000, the agency hired Dan Banaszek to run the centralized facility. Dan had 20 years experience as a warehouse manager with the Toys R Us Corporation. The company started another stand alone group called the DistributionGroup.

In 2000, the agency once again diversified when they entered the Fire Protection, Turf, Agriculture, and Water Well business. David Riley joined the agency to establish the Fire & Water Group.

In 2003, the company expanded again into the HVAC marketplace.

In 1985, the Hugh M. Cunningham company pulled out of all sales and marketing efforts in Oklahoma and Louisiana to focus on the State of Texas. Twenty years later in 2005, the agency reentered Oklahoma, and established a stand-alone Oklahoma Corporation named the Oklahoma Group.

The agency employs over 150 full-time associates, including 40 Outside Sales AccountManagers serving our multiple markets, 7 FieldSupportTeam members, 40 InsideSales/CustomerService associates, and 40 DistributionGroup team members .  The only focus of this agency is the marketing and selling of its factories’ products to the construction trade they serve.  Every process and every action this agency undertakes is specifically intended to drive sales for our manufacturer and distributor partners.